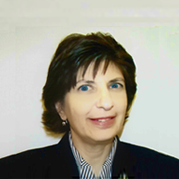 Joan focuses on insurance  and personal injury litigation, such as auto accidents and slip & fall cases, as well as matrimonial matters.

She is particularly interested in methods of alternative dispute resolution like divorce mediation and collaborative practice where she believes client self-determination results in more favorable and lasting solutions.

Joan is a graduate of St. Joseph by-the-Sea High School and received a BA in American Studies from Richmond College/CUNY. She received her JD degree from Seton Hall University School of Law in 1981.  After college and during law school, she worked for major insurance carriers handling the investigation and settlement of litigated injury claims. Prior to entering private practice, she was an associate attorney at a Manhattan firm representing plaintiffs in personal injury lawsuits.